BattleRap.com caught up with the breakthrough performer of BOTB7 Day 1.

Psycoses made a huge impression with his performance against an off-form N Pose on Day 1 of "Battle Of The Bay 7," on Jan. 22. Here are a few of BattleRap.com's live updates from the battle:

Psycoses making a huge statement with 2 rounds so far. "Who is this guy?" - Crowd.

"My presence in rapping" wordplay from Psycoses but then like 45 seconds of impressive rebuttal freestyles.

BattleRap.com caught up with him at the event:

Psycoses, who hails from Santa Clarita Valley in California, had the crowd in a frenzy for much of his BOTB7 battle. “There was just so many bars [that got reaction],” he explained. “I kept having to repeat myself like two bars back, even sometimes four bars back, 'cause the crowd just kept stopping me.” 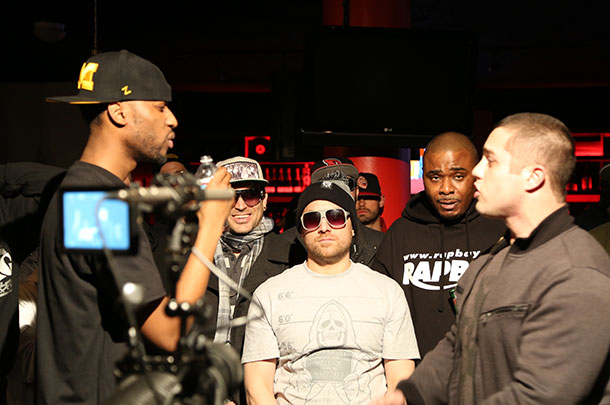 To give a picture of the impact he made during this battle: going into it, the views on all of his videos combined were under 30,000, after it was over, Grind Time veteran PH was calling him out for a match-up at the venue.

UPDATE: PH hit us up on Facebook to say: "I didn't call him out I dissed him after he dissed me and said if he want it he can get the God Sacrificial treatment thats all lol but he is a formidable opponent."

Psycoses is one of those battlers who has only really had showings on smaller leagues (and, as of mid-2013, Ground Zero) but has made each of them count.

Here are a couple highlights:

Currently standing at a mere 4,322 views, and with a pretty hefty on-camera argument between two guys in the crowd before things even start, it would be easy to overlook Psycoses’ performance at Day 1 of BOTB6. It’s an intensely slept-on battle. Two dense, entertaining pen games and great delivery intertwine to add up to far more than the sum of this battle’s parts. A low-key classic.

Do you think he can hold his own on the main stage? Who would you like to see him up against? Let us know in the comments below.