BattleRap.com takes a look at some of the most memorable compliment battles.

In the wake of the newly released compliment battle between Pat Stay and Rone, BattleRap.com has dived deeper into the unorthodox format.

Compliment battles have become increasingly popular since the inception of their modern form in 2011. The format itself is fairly self-explanatory; instead of trying to slaughter your opponent with a tirade of incisive rhyming insults, with compliment battles the idea is to kill them with kindness and craft your bars to be more flattering than fierce.

The first notable compliment battle took place at King Of The Dot’s “World Domination 2” in 2011. The bout was between England’s Deffinition and Canada's Tricky P. The battle came about following the duo’s fiery match-up a year prior at the first World Dom event.

BattleRap.com reached out to Deffinition to get his take on the match-up. Here's what he said:

“We basically had gotten on so well the first year that we were looking for a new way to take battling that wasn't just insulting again, both of us wanted to battle at Day 3 on Ground Zero and it made sense not to just rehash it.”

He also commented on the appeal of the compliment format:

“The appeal of a compliment battle is that it is the polar opposite of a standard battle, it’s also something people don't expect to see when watching a rap battle. I've always been one to try new things so thought, ‘Fuck it! Why not do the complete opposite to what people expect?’”

In the WD2 battle, Deffinition takes a photo with Tricky, which is posted here for posterity: 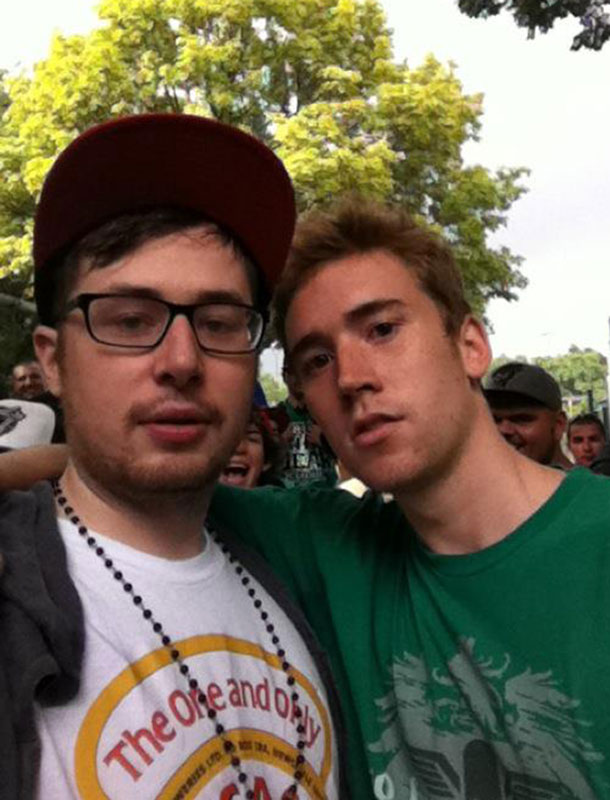 There have been a slew of compliment battles that have taken place since the format’s 2011 inauguration. Here are a few notable ones from around the world:

Where: 1Outs’ “Avalanche” event at Roxanne’s Parlour in Melbourne, Australia
When: July 6, 2013

Where: No Beef Battle League’s “High Stakes” event in Newcastle, England
When: July 26, 2013

Did we miss any other good ones? Post them in the comments section below.

Henry Mansell is a Birmingham, England-based writer whose work can be read on BattleRap.com, XXL and HipHopDX. Follow Henry on Twitter @HenryMansell.