The Bone Thugs-N-Harmony rapper joins Dizaster and Cassidy on the Dec. 6 card.

With only days until "Ether," Fresh Coast boss Lush One has announced an addition to the card: Bizzy Bone.

Lush dropped the announcement on Instagram with the photo above and this caption:

HUGE SURPRISE BATTLE ANNOUNCEMENT.. WHO IS THIS SURPRISE CELEBRITY PLATINUM ARTIST THAT JUST GOT ADDED TO THE #ETHER CARD??!?!! Get your tickets and PPV now www.filmon.com/rap !!! Oh and the irony is that it's tha #1stOfThaMonth #CLeAvelandIsTheCityThatWeComeFromSoRun

There's been no word on his opponent yet, but Lush gave BattleRap.com the exclusive that the 38-year-old member of Bone Thugs-N-Harmony will be facing an up-and-coming battle emcee.

The announcement doesn't come completely out of the blue, as Bizzy Bone was linked to the FilmOn-funded Dec. 6 card in the early stages of planning, originally slated to battle Cali Smoov.

Bone Thugs-N-Harmony have been making music since the early 90s and their debut full-length album "E 1999 Eternal" is widely considered a classic. The group has previously worked with FilmOn for a pay-per-view of an Oct. 16 concert in their hometown of Cleveland.

Here's a track featuring Bizzy from 2014:

Bizzy joins an already stacked card, which includes the mega match-up between Dizaster and Cassidy. BattleRap.com will be in the building covering the event so come back for live updates and check out all our coverage so far. You can also watch it live via pay-per-view. 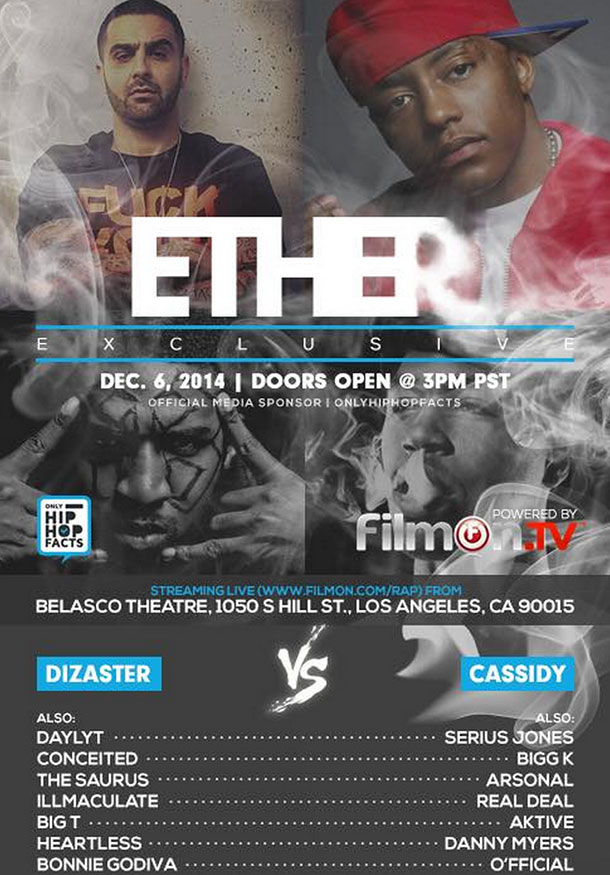 What do you think of the match-up? Let us know in the comments below.