The followup to the U.K. vs. U.K. high point of 2014 features Tony D vs. Raptor, Shuffle-T vs. Unanymous, Marlo vs. Pedro and more.

The U.K.'s biggest league has dropped news of this year's London end-of-summer highlight, and it includes in its roster some tantalizing style clashes and the British cream of the crop from both ends of the comedy/aggression spectrum.

The event boasts a compelling balance of fan favorites, current movers and returning veterans, including Flex Digits, who was last seen on Don't Flop more than two years ago, and Matter, who hasn't been on the DF stage since the "5th Birthday Weekend" in 2013. A few battles, like Tony D vs. Raptor, had already been announced, but the final card shows a diverse and well-selected set of fixtures that sport a whole host of reliable and unique performers.

Here is the card in all its glory:

The card shows the depth of the U.K. roster right now (but leaves off the biggest names like Lunar C, Shotty Horroh, Soul, Cruger and a couple more we're hoping to see at 7BW in November) and the mashup of styles borders on absurdism — in the best way possible.

Tony D is stepping back into the DF arena for the first time since vacating his title to face Raptor, one of the more notorious up-and-comers to approach the scene in recent years.

Ogmios will likely have to deal with more irony than even he can process against Wizard, in what may be the most deliberately clever battler in the league taking on one of the most willfully ignorant.

Shuffle-T vs. Unanymous and Marlo vs. Pedro are style clashes that have been begging to happen for some time and Adam The Rapper vs. Double L pits two of the league's most consistent performers against each other.

Harry Baker has been upholding the quirky poet niche in Mark Grist's absence and his battle with Pamflit should be full of flamboyant wordplay and deadpan witticisms. 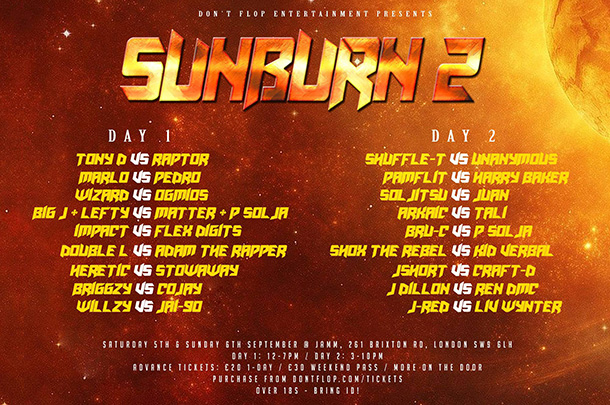 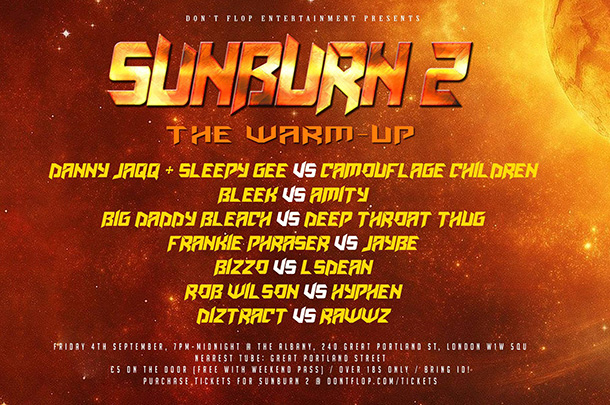 Thoughts on the card? Let us know in the comment section below.